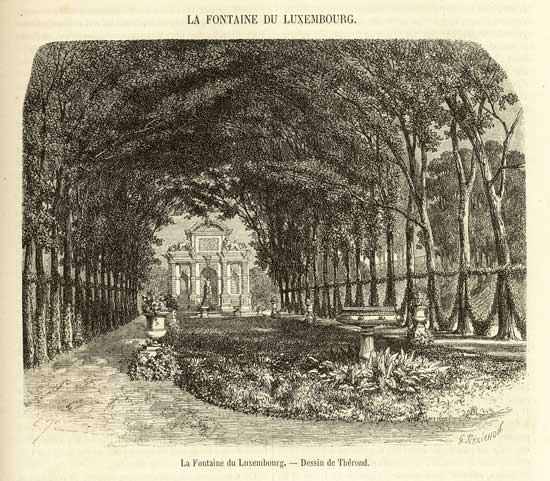 Steve has often said that he spent the two most remarkable years of his life in a remarkable place : his last year as a bachelor and his first year as a married man, in Paris

where we moved into a dismal old flat in the Gare Saint-Lazare area on our return from Greece. The new life had begun in earnest.

We were working out our respective responsibilities. Providing lunch was one of my major contributions. Steve came home with trepidation the first few days, he later confessed. I was no less anxious, trying hard to please him. The success was visible : when we went to see his parents at Christmas, his mother took one look at him and then accused me “he is fat !”. This was, however, a passing stage.

I also considered looking after household business, like the washing, as part of my sphere of competence. He agreed, but when he found me slack, he liked to take things quietly into his own hands, much to my dismay – he still does it, with the difference that I appreciate it now – retiring for example into our bedroom where the dirty-linen basket was kept, full to the brim yet again, so that he began sorting it out. My pride was hurt immensely when I caught him doing it and I gave him a piece of my mind at the top of my voice. Our first argument ! He did not say anything, just looked at me surprized. Five minutes later I sat on his knees, hung round his neck and sobbed for all I was worth. How could I have treated him like that ! He still did not say anything.

He also had a habit of not putting the lever which operated the shower in the bathtub back into its original position after use. I had to learn this the hard way, accepting one or two showers on my nicely combed hair as I was bending down to wash some shirts. After that I watched out.

Our spare time was taken up by Paris and the English element in it which Steve had become acquainted with during his last year as a bachelor. English pubs, English clubs – drink, smoke, noise, sport. I do not know what he was looking for in this funny company, for which I had no sympathy – I disliked it. I never knew what to say there. Neither did he ! In his own words, he used to shut up like a clam. Yet he was irresistibly attracted. Every night we had a struggle. I wanted to be in bed by 11 pm. He wanted to pay a visit to the “Winston Churchill”, which would mean midnight. He called my desire for sleep an obsession. I could not understand what he was after in this company of “friends” with their more or less glamorous girlfriends and wives. I felt I was not one of them, certainly not glamorous enough. Perhaps I was even a little jealous. Everybody was showing off as much as they could. I had nothing to show off with.

Sundays were often devoted to the British Rugby Club of Paris, and the only satisfaction I had from time to time was to see my husband score a try, which for some reason or other reflected well on me, too …

Once we were invited to a party where somebody called me “crackers”. I asked Steve what it meant; but he did not seem to like it. On this party a potent drink without much taste was served. Steve had a fair few glasses before he realized that I would have to do the driving back home. Fortunately he was able to direct me. Next morning he was lamentably sick and I utterly disgusted. This party definitely finished off his bachelor days, and he resigned himself to going to bed earlier.

Through my teaching activities I knew a few Germans in Paris, but I did not seem to have much to say to those either.

The only French we met were my pupils, one or two of whom invited us to their homes occasionally.

On our last day in Paris Steve bought some gaudy coloured silk for me. I must say I liked it initially, then decided against it, and have now, after fifteen years, made a glamorous garment out of it. For certain things one has to reach a certain age.

From Paris we moved to Germany.