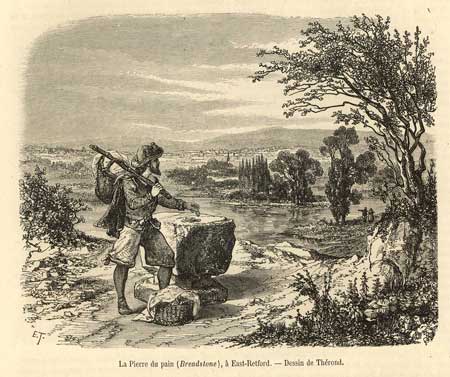 It was in the course of my language studies that I made my first contact with England. I felt compelled more than anything to make it, because I was studying English. My reason told me that I had to pass an examination some time, and the better I knew the subject, the better my chances to be successful. Hence a necessity to go to this out-of-the-way country in the north-west.

More or less willingly I applied for a job as an assistant at an English grammar school.

We were a group of about three hundred who went over together. There was a three-day preparatory meeting in Aachen where we were urged to represent our country in a good way, bearing in mind that people will associate us with Germany, and if we didn’t behave well, our country’s reputation might suffer. A special word was addressed to the girls who were warned to keep away from Englishmen. So many girls in previous years were known to have come back with an … engagement ring ! As I heard these words, I was thinking that this will never happen to me. Too good to be true, in fact.

Anyway, we crossed the Channel. I saw the cliffs of Dover for the first time, and everything went well from then on. I was the first “Fraulein” at my school and had the honour of being met at Grimsby Station by the headmistress of Cleethorpes Girls’ Grammar School in person, Miss Valley, wearing a “rose” in her “buttonhole” for easy recognition. She took me to my digs with a kind, elderly Irish lady, Mrs Canninghum, a widow, who had agreed to having me, for company. I arrived in September when the Proms were on, and one of my first impressions was this amazing song “Rule Britannia” ! I reported about it to my parents.

The one thing to cope with immediately was the traffic on the wrong side of the road. Not having a very good sense of orientation, I do things slowly under certain circumstances and thus stood still in the streets once or twice, on the pavement, of course, just watching how traffic managed to turn into side-streets. I had not done it for very long when a policeman came up to me, wondering whether I needed help.

At school everything went well. I was confronted with a number of elderly Misses and some naughty children on whom I found it impossible to impose my authority. Initially everybody called me “Fraulein”, then some of the older teachers called me by my christian name and some of the younger ones allowed me to use theirs. I granted the sixth formers to use my christian name, too.

In Grimsby I was particularly attracted by the fish-market, reputedly the biggest in the world. Very luckily, my landlady’s neighbour in “Arbion Terrace” was a fish inspector who took me with him one morning, pointing out to me that unfortunately Grimsby had not been touched by the war, for which reason they were stuck with all their old equipment, whereas in Bremerhaven, Grimsby’s twin-town, everything was nice and brand-new. I do not remember much of the fish-market, except that the inspector in his official capacity took a nice piece of monkfish from somebody’s display and later gave it to me.

I became a member of the “Wanderlust” rambling club and discovered Lincolnshire on foot in any weather, learning from the others that “one can only get so wet”, that is, no further than one’s skin. Once  or twice we ran away from big black steaming Aberdeen Angus bulls looking like railway engines as they appeared out of the fog. In general there seemed to be a slight hazard of bulls all the time, worrying me, but not the others.

Once I was invited to help with a language course for English people near Northampton. These people who belonged to Birmingham Intervarsity Club ran a farmhouse in Wales, in Barmouth exactly, and I was asked to join them there one weekend. I accepted the invitation with great pleasure, little thinking that a new life was looming over the horizon for me in Barmouth – in the shape of an Englishman precisely !

I seized the new life eagerly, and so did He …

We did not hear from one another for a year after my return to Germany. However, he kept in touch with my friends and knew when I was coming back for a visit the following year, staying with a friend in Stratford.

The great Shakespeare exhibition was still on. I wandered around it, paying little attention to the exhibits, only heard this tune “Greensleeves” being played all the time, and I was thinking about a young man whom according to my friend I was due to see again, apparently a “fervent admirer” of mine who had not stopped asking after me throughout last year.

only half a year after having been to England I went back there, at Christmas time, to be introduced to Steve’s family who had been bullied into inviting me.

I had the most peculiar Christmas there – and so did Steve’s mother who after a day or two confided to me that Steve had brought home a number of things she had never seen before : fig jam which was probably to be put on bread, and preserved figs, for example. She knew dried figs. But what was this fruit floating in syrup ? He had even thrust a bottle of oil into her hands, telling her to use it ! She had no idea what to do with it. “Do you use it on the continent” ? I owned up my partiality to all these delicacies and also turned to the English ones, like Christmas cake and cheese, not a bad combination, allegedly of Yorkshire origin. I did put them out a little by asking for Christmas cake at breakfast time; however, I was forgiven.

Steve took me to B’ham market where I was introduced to cockles, whelks, crabs and any shellfish available. On Christmas Eve we went dancing in a terribly noisy Hall. What a way to celebrate Christmas ! I would have to tell my family that. At home there was peace and quiet all over the country on that day, everybody duly in their homes, preparing the Christmas tree, devoting themselves to their families, going for lonely walks in the quiet woods with them, then to church, then having the evening meal, followed by the presentation ceremony when the presents are given. Some people have the presentation first and the meal after – children normally opt for this arrangement which is appreciated by the housewife, because meals tend to be forgotten with all the excitement. Husbands are aware of this hazard and insist on having the meal first.

None of all this in England where I learnt what a Christmas dinner involved. When it was over, everybody, including the poodle, was exhausted and I watched them, slightly amazed, as they were sitting on settees and easy-chairs grouped round the TV set, gradually dropping off to sleep, one after the other. Eventually I was the only one left, supporting my sweetheart’s head on my shoulder and feeling happy all round.

Things became a little more dramatic for my parents when this forward young Englishman gave me the idea to go on holiday with him the following summer, just him and me, without being married – not exactly the done thing in those years. I could remember my mother pointing out to me that “one does not do this sort of thing” when our landlord’s daughter went off on holiday with her boyfriend. However, my father took a lenient attitude and I did not have to struggle for permission very hard. I don’t know what gave me the courage to embark on such an adventure in the first place. My mother acquiesced, of course, as soon as my father had given his view, culminating in the statement that I was twenty-five after all.

When Steve arrived, he totally won over my mother the moment he put his foot into our house : he reminded her of my father ! She provided a meal, unknowingly including his favourite dish, some shellfish, which to his distress he was unable to enjoy – this annoyed him for a long time after – because he was exhausted by the long drive and just wanted to sleep. The next day I was allowed to drive his car, a Beetle, being the proud owner of a brand-new driving licence. I managed to become involved in an accident as we were going up to the local castle : a silly German coming the other way and trying to pass in spite of extreme narrowness considerably damaged the left door of Steve’s car. Perhaps I was not quite as much on the right hand side as I should have been. This was no reason for someone to run into me. The other driver smelt of alcohol, Steve thought, but his breath was never analyzed. Steve was very frightened that our holiday might suffer through this event. However, it was decided to keep the damaged door shut for the next three weeks, just to use the one that was left, and we set off early next morning.