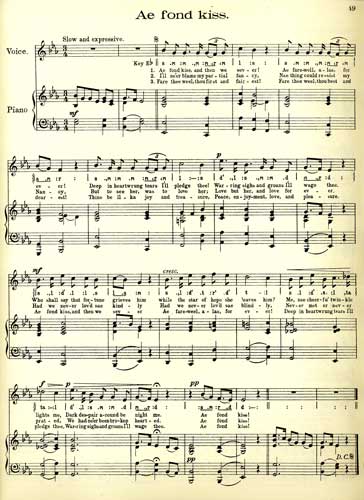 I first met Nessie when I needed a medical examination for insurance purposes. He struck me from the beginning as a kind, friendly man, pleasant to look at : tall, slim, sporty, silvery hair, a keen, even piercing look from pale blue eyes which seemed to take one in; humorous, fatherly, reassuring. I liked him. After an unhurried, thorough examination  he told my husband, who was called in at the end, that I was a “very fit lady”.

His wife was most charming and invited us for their Christmas party.

I saw Nessie again at the annual dinner of a local society.

He looked very good, even handsome for his age, in a dark suit, walking about with just the right amount of self-confidence, greeting people informally, having a friendly word for everybody and bestowing considerable attention on the ladies present : he kissed them on the lips. I must have blushed, watching it all from a far corner where I was waiting for Steve. At last Nessie came up to me. I could not help giving him my nicest smile. His own smile, his lips enchanted me, and then he put these lips firmly on my hand which I had stretched out to greet him. I had never before received such a full kiss on my hand and I told Steve about it who came too late to witness the scene.

The evening was very pleasant. Nessie came once or twice to see, if we were alright – it was our first time this society – putting his hands lightly on my shoulder or even lower down … I was charmed with the friendly reception and Nessie’s attention.

I saw him next in his house when I was visiting his wife. We were in the kitchen when he came through, in a navy blue coat, ready to go out. I was pleased to see him. He said he remembered me and even called me “My Schatz”, putting his arm round my shoulders. I could have snuggled up to him closely – I was feeling so well and so much at home.

The Christmas party. Christmas Eve. The redemption of mankind. Could anything bad happen on Christmas Eve of all nights ? I did not think so.

People were standing in a crowd, pushing one another, balancing plates with delicious food. Who would notice that somebody put his arms round my waist tightly from time to time, brushed past me regularly, gave me all sorts of looks, paid all sorts of compliments, until he eventually whispered to me “I love you”.

I was overcome, happy, bewildered.

People started going home. I stood next to him as he was about to say good-bye to a lady. He told me to look away for a second and then kissed this lady. I accepted it from him, did not question his behaviour any more. When we were preparing to leave and going up to our hosts, it suddenly dawned on me that my turn had come. I could not think any more whether I wanted it or not. I was like paralyzed and without any willpower whatsoever. I heard him ask Steve to turn away for a second – it must have been a standard phrase of his – before his lips came down on mine, so soft, so gentle, so loving – it was heaven.

I felt something had happened to me.