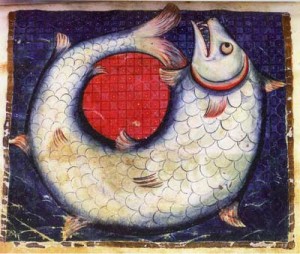 I was born in Berlin during the second World War, the result of a short and peaceful holiday my parents enjoyed in the Austrian Alps, before my father had to return to the scene of action.

All my family were from Berlin. Great-grand- and grandparents had moved there from such far-away places as Tilsit in East Prussia, Pomerania and Silesia. There was a saying that all true Berliners came from Silesia.

My father’s father had been a primary school teacher, a man with very blue eyes and a moustache not quite like the Kaiser’s. He died before I was born, but I have a certain mental picture of him, established with the help of a few stories that were told about him.

There was always enough money in the family to live decently, but there was none left over. Any holidays had to be saved up for a long time in advance. My grandfather was a very respectable man, prim and proper, with a great deal of discipline, an independent spirit who loathed the idea of debt. My grandmother knew this, and when she wanted money out of him, she used to threaten him with borrowing some from her neighbour. It always worked. He was a great fisherman, too. He even prepared his own fish in a particular way from time to time, some sort of pickling with a certain quantity of vinegar. My grandmother knew how to do it properly, using just the right amount of vinegar, but for some reason he did not always trust her and much to her annoyance once interfered in the kitchen, doing the pickling himself. She must have watched him out of the corner of her eye as he almost completely emptied her bottle of vinegar – strong vinegar it was, too. Later at meal time he was served the fish and consumed it in silence – bravely and unflinchingly. It must have been awful, for great pearls of sweat gathered on his forehead, and at last he sank back in his chair with a sigh, unfolding a large handkerchief and wiping his face. The vinegar ! My grandmother could not help exclaiming triumphantly : And I added a jug of water !

He loved the Alps and went on holiday there on his own, travelling third class and climbing a number of well-known peaks.

He liked my mother, whereas his wife did not, confirming the rule that husbands are normally nicer than wives.

My mother’s parents lived in Singapore for a time where she was born, thus acquiring British citizenship which theoretically could have been renewed around the time of my birth, but circumstances were against it. This grandfather was a bank manager who kept his private financial affairs in strictest order. Among other things he had a money-box for certain purposes, balancing it at the end of each month. My father once put a penny into this box, thus upsetting my grandfather terribly, because he could not account for it.

As for my father, I would like to sum him up as a Prussian and consequently claim this qualification for myself – these legendary people who played such an important part in German history, invading other people, civilizing them, establishing law and order, withstanding aggressive neighbours in east and west, uniting Germany under an iron chancellor and leading it to glory, great friends of the British – remember Waterloo – and their royal family; great soldiers and great servants. Had not Frederick the Great said : I am the first servant of the state ?

My father was an officer in the air force, a pilot who met the British on several occasions without knowing any English. My sister and I belonged to the large group of girls called “sons of the air force”, because for some peculiar reason girls was all flying  personnel seemed to be able to produce. Perhaps it was the gentleman aspect about them, the air force being a new part of the armed forces and its members occasionally in speeches referred to as “gentlemen of the air force”, as opposed to “soldiers of the army” and “comrades of the navy”.

We spent most of the war in Berlin, with occasional trips to Silesia, until we were bombed out and had to flee West to escape the Russians. All I remember of the air raids are bright showers of sparks as we were running for shelter. When my grandparents’ house had been fatally hit, the goodly supply of champagne stored in the basement was handed over to the thirsty firemen who drank it straight from the bottle.

Fleeing West, my mother had two girls and two suitcases to look after. I looked after my huge teddybear which I had been allowed to take. He was a special beauty, made out of my grandmother’s old burgundy plush settee cover. As we had to wait in an overcrowded railway station waiting-room on a cold winter’s night, we went as near the little iron stove heating the room as we could. In fact I pressed my teddybear hard against it, which was not noticed until the smell became very strong. The teddybear lived for many years after, but retained a bald patch on his head as a lasting memento.